The GIST: The Toronto Blue Jays didn’t make the MLB postseason, and we’re not gonna lie: this one hurts. 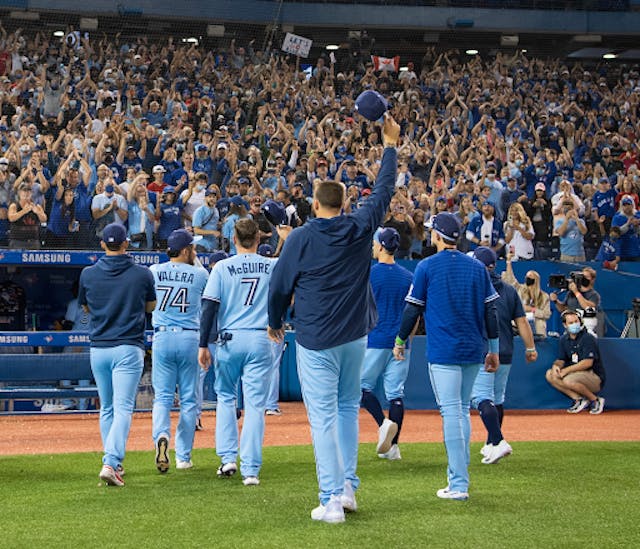 What happened: Four teams — the Jays, NY Yankees, Boston Red Sox and Seattle Mariners — were fighting for two Wild Card spots heading into yesterday’s final day of the regular season, and the MLB kindly scheduled all four to play at 3 p.m. ET for maximum excitement.

What’s next: The Yankees and Red Sox will renew their age-old rivalry in the American League single-elimination Wild Card game tomorrow at 8 p.m. ET, while the National League’s St. Louis Cardinals and LA Dodgers dance Wednesday at 8 p.m. ET.