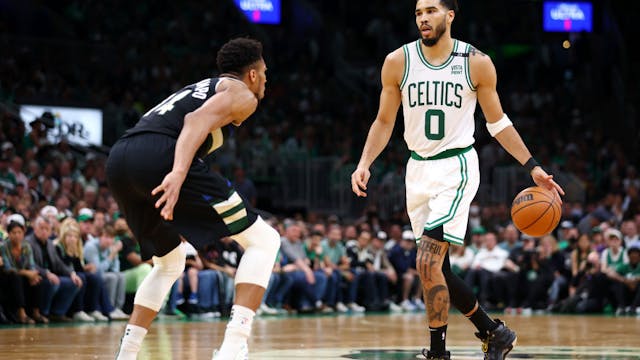 The GIST: Hydrate and take some deep breaths because, after yesterday’s Game 7 doubleheader, the NBA Conference Finals matchups are locked in, with the Eastern battle tipping off tomorrow. No time to waste.

Eastern Conference preview: Boston will face the No. 1 Miami Heat, starting tomorrow at 8:30 p.m. ET. Both squads boast superstars in Miami’s Jimmy Butler and Boston’s Jayson Tatum, and both are also contending with injuries — the Heat’s Kyle Lowry (hamstring) is unlikely to play in Game 1 while the Celtics’ Robert Williams III (knee) didn’t play the last four games.

Western Conference preview: The Mavericks will take on the No. 3 Golden State Warriors, who ousted the No. 2 Memphis Grizzlies on Friday. Luka Doncic–led Dallas won the regular season series 3-1, but that was before Golden State’s Big Three — Steph Curry, Klay Thompson and Draymond Green — reunited after various injuries. The intrigue.