What to watch this week in soccer. 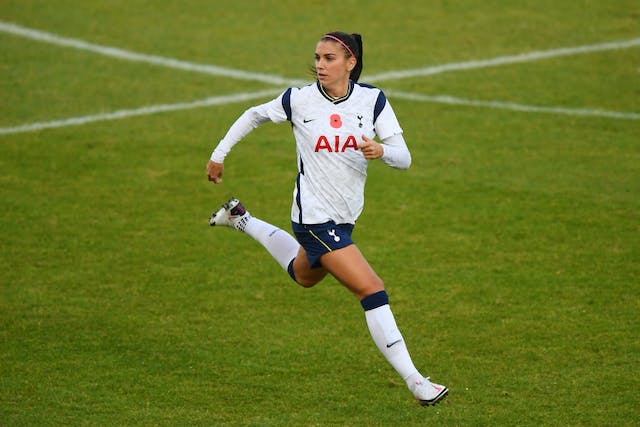 The GIST: Wondering what to watch now that John King and Steve Kornacki have stored away their magic walls for another four years? Soccer, of course!

Wait...eight and 10?: To even it up at eight teams a side, the league introduced a play-in tournament for the bottom four qualifying teams in the Eastern Conference, based on the regular season standings: No. 7 will face No. 10 and No. 8 will face No. 9. The winner of each match will move on to the official first round.

Any more soccer news?: After a few weeks off, women’s soccer is back in England...and so is U.S. women’s national soccer team superstar Alex Morgan! She made her debut for Tottenham Hotspur in the FA WSL this weekend, marking her first game since giving birth to baby Charlie in May and her first appearance in the league since her transfer from the NWSL’s Orlando Pride.