We aren't the champions 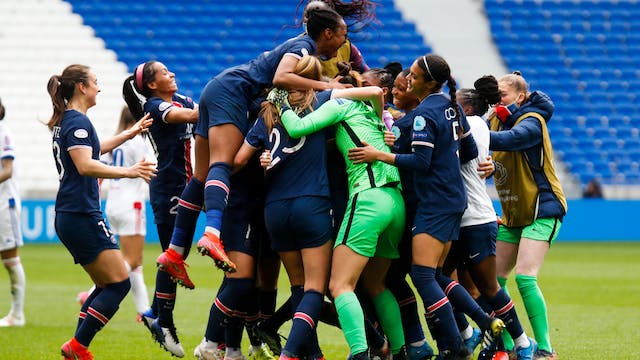 The GIST: While the NWSL and MLS seasons are trucking along (check out the NWSL’s schedule here with USWNT and CanWNT players returning this week, and the MLS opening weekend scores here), there’s major drama on and off the football pitch across the pond.

On field: Lyon’s Women’s Champions League (UWCL) streak will end at five trophies. The heavily favored defending champions were upset2–1 in the second leg of the UWCL quarterfinals this weekend by their domestic rivals, Paris Saint-Germain (PSG).

Off the field: The men’s Champions League (UCL), on the other hand, is in peril after 12 of Europe’s top teams — including Barcelona, Juventus, Manchester City and Manchester United — announced plans to split from the UCLand start their own European Super League (ESL). Oh sh!t.