September 21, 2022
With the MLB regular season finale just two (!!!) weeks away, it’s time to check up on the squads hunting for a spot in the newly expanded postseason field.
Sports NewsBaseball 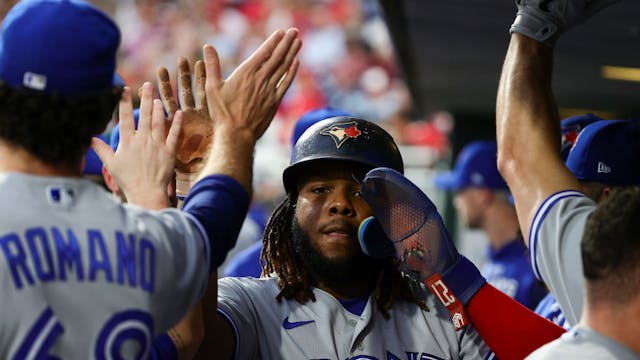 The GIST: With the MLB regular season finale just two (!!!) weeks away, it’s time to check up on the squads hunting for a spot in the newly expanded postseason field. Batter up!

How it works: Up from 10 in prior years, 12 of MLB’s 30 teams (six from the American League and six from the National League) will make the playoffs this season — the three divisional winners, plus three Wild Cards (WCs). The more the merrier, right?

American League (AL): The Houston Astros locked up their fifth AL West title in the last six years on Monday and the NY Yankees — who boast soon-to-be record-setting slugger Aaron Judge and a five-game lead in the AL East — should be the next to clinch their division.

National League (NL): Stop us if you heard this one before, but the LA Dodgers are (currently) the best team in baseball — they were the first to clinch their division (NL West) and the first (and so far only) team to reach 100 wins this season.