October 17, 2022
The single-elimination NWSL and MLS playoffs kicked off with a whole lot of excitement this weekend, narrowing the roads to both leagues’ titles.
Sports NewsSoccer 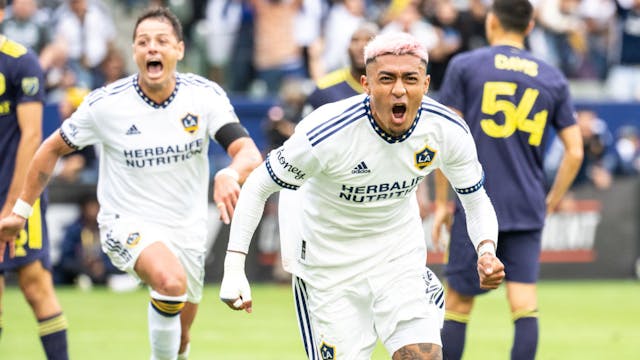 The GIST: The single-elimination NWSL and MLS playoffs kicked off with a whole lot of excitement this weekend, narrowing the roads to both leagues’ titles. Here’s what’s at play.

NWSL: The early game came down to the wire as Kansas City Current defender Kate Del Fava’s beautiful 100th minute goal secured the 2–1 win over the No. 4 Houston Dash. Now the No. 5 Current, who are making their first playoff appearance, are off to Seattle to face the No. 1 OL Reign in next Sunday’s semifinal.

MLS: In the Eastern Conference (EC), No. 5 FC Cincinnati downed No. 4 NY Red Bulls 2–1 on Saturday to earn a Conference Semifinals date with the No. 1 Philadelphia Union on Thursday. Elsewhere, No. 2 CF Montréal is also through after easily defeating No. 7 Orlando City SC 2–0 yesterday. Allez!