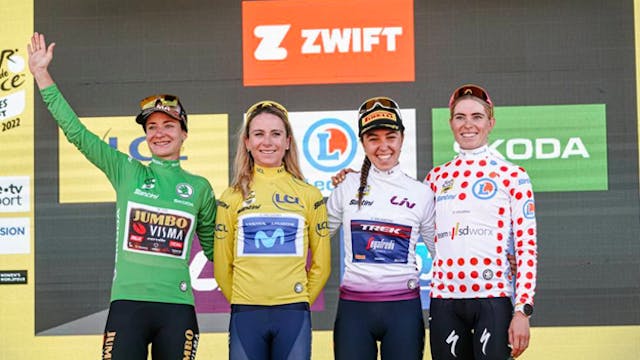 The GIST: And just like that, the first-ever Tour de France Femmes has come to an end. Dutch cyclist Annemiek van Vleuten (Team Movistar) took home the prized yellow jersey and a slice of the €250K (~256K USD) pot yesterday. Très bien.

Race recap: The road to victory was not easy for the 2020 Olympic gold medalist. Van Vleuten caught a stomach bug on days two and three and needed six bike changes to seal the deal. After winning stages seven and eight, she led the overall standings by three minutes and 48 seconds.

The impact: Needless to say, the race looks like it’s finally here to stay. The inaugural Tour de France Femmes was supported by title sponsor Zwift, grew its Instagram following to 118K and had three million people in France watch the opening stage (with the numbers rising throughout the week). As Miley says, keep moving, keep climbing.