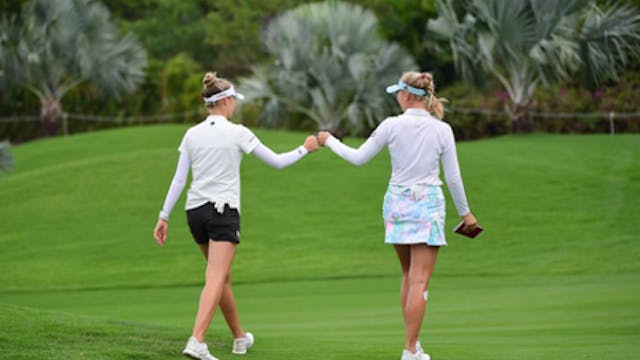 The GIST: The LPGA season kicks into high gear today with the first of five majors of the year: the ANA Inspiration. Time for us to wax poetic about one of our favorite traditions in sports.

How it works: Held annually at Mission Hills Country Club in California, the ANA Inspiration winner (and sometimes her caddie) traditionally takes a post-round dip in the course’s 18th hole pond, called Poppie’s Pond, and is then presented with a plush robe and a trophy. It’s too cute!

Who to watch: Along with Lee, American Nelly Korda and Canadian Brooke Henderson — who Lee beat in a three-way playoff last year — are back to try again. The defending champs from last season’s other three majors are in contention, too: Sophia Popov, Kim A-lim and 2020 LPGA Player of the Year Kim Sei-young.