Habs and Leafs square off in Game 7

May 31, 2021
The GIST: Today’s the day: Game 7 of the Stanley Cup playoffs between the Toronto Maple Leafs and Montreal Canadiens. Baby, this is what we came for.
Sports NewsHockey 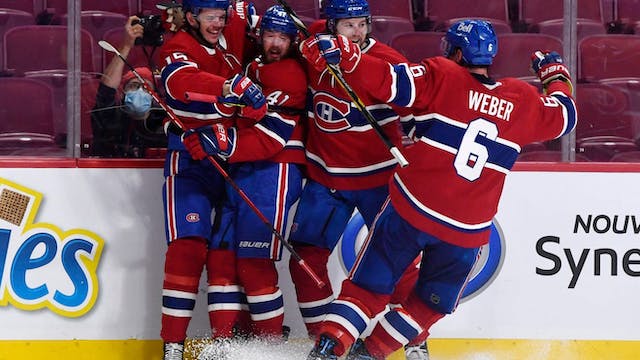 Game 6: Before we get into tonight’s game, let’s look back at one of the most electric editions of Hockey Night in Canada since David Ayres recorded his first W. Saturday night’s game included something our country hasn’t seen in 444 days: fans.

Game 7: Which brings us to 7 p.m. ET tonight. The Habs and Leafs will square off in Toronto for their first Game 7 since 1964. Toronto won that tilt (and went on to win the Cup), but will history repeat itself? TBH, we’re scared to guess.

The next round: While the North Division’s first round wraps up, the rest of the league is already onto the second round. The Boston Bruins, Tampa Bay Lightning and Colorado Avalanche are each up 1-0 over the New York Islanders, Carolina Hurricanes and Vegas Golden Knights, respectively.