January 23, 2023
A story bigger than ball took center stage after Las Vegas Aces fan-favorite Dearica Hamby was traded to the LA Sparks, then shared claims that the Aces discriminated against her for being pregnant.
Sports NewsBasketball 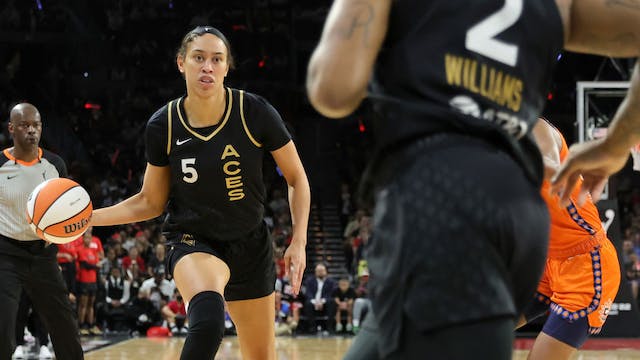 The details: Following Saturday’s trade news, Hamby posted a letter of gratitude to the city of Las Vegas, Aces fans and her teammates. The two-time All-Star also included stunning allegations against the Vegas organization, writing that she was “lied to, bullied, manipulated, and discriminated against” in relation to her pregnancy.

The response: With that in mind — and with fans rightfully enraged — the WNBPA released a statement saying they would review the claims of a “member of [their] Union” (presumed to be Hamby) and seek a comprehensive investigation to ensure her rights weren’t violated. As they should.

Zooming out: While there’s been significant progress when it comes to motherhood in sports (thank you, Serena Williams, Allyson Felix and Skylar Diggins-Smith, to name a few), Hamby’s story highlights the discrimination many still face.