I just need some alone time 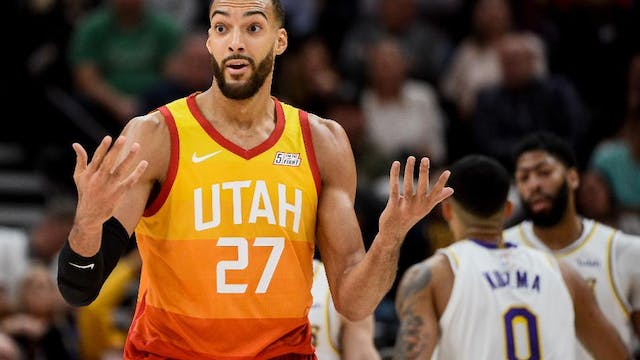 The GIST: It just keeps getting worse. The World Health Organization declared COVID-19 a pandemic, and the sports world...kind of did too.

Scary. What’s happening?: Unfortunately, a lot. The biggest news came late last night when the NBA decided to SUSPEND THE ENTIRE SEASON. Take a minute to let that settle in. The league’s Board of Governors had been considering their options in the days leading up to the announcement, but last night’s game between the Oklahoma City (OKC) Thunder and the Utah Jazz was the catalyst.

Why?: Well, earlier in the week, the NBA, NHL, MLB and MLS made a joint decision to limit media access, restricting entry to locker rooms and asking media to maintain a safe distance from the players.

That was dumb!: Tell us about it. Gobert was then listed as “questionable” for last night’s OKC-Jazz game due to illness, and seconds before the game was due to start, the Jazz’s team doctor halted play with the news that Gobert had tested positive for COVID-19. C’mon, man.

Wow, this is wild!: And that's not all! Earlier in the day, the NCAA announced that March Madness, the annual college basketball tournament, will be played without fans. Instead, only limited family members and essential staff will be allowed to attend games. So, so wild.

Anything else?: In the NHL, the San Jose Sharks and Columbus Blue Jackets will play their home games in empty arenas for the time being, with the league set to provide an update at some point today, and this week’s BNP Paribas Open tennis tournament (largely considered the “fifth grand slam”) in California and next week’s World Figure Skating Championships in Montreal have been canceled. Just brutal.

And the rest of the world?: In England, players and staff of the Arsenal soccer team are quarantined after being in contact with Evangelos Marinakis, the owner of Olympiakos FC. Arsenal played Olympiakos FC last week and Marinakis has since tested positive for COVID-19. Italian soccer player Daniele Rugani, who plays for Juventus with superstar Cristiano Ronaldo, has also tested positive.

What’s next?: Who knows?! The NFL is still monitoring the situation as it relates to next month’s Draft, and the world is anxiously awaiting a ruling from the International Olympic Committee on the Summer Olympics. Honestly, it’s all a lot to keep up on, so follow along here or keep a close eye on our Twitter for all the biggest updates.