MLB: Swing and a miss 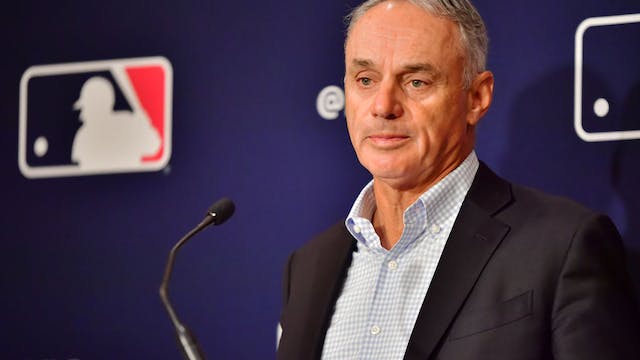 How we got here: Let’s take it back to 2021. The owners and players met just once (and for only 10 minutes) before the CBA’s December 1st expiration date, failing to avoid a lockout.

The latest: Players and owners met for seven consecutive days to no avail last week. Of note, commissioner and procrastinator-in-chief Rob Manfred showed up to negotiations on Friday for the first time, then players nearly walked out on Saturday after being angered by the owners’ proposal. Jeez.

What’s next: If there’s no deal by the end of the day, the league will begin canceling regular season games, as they claim there won’t be enough training time to play a full 162-game schedule (Spring Training typically lasts four weeks). Put on those rally caps.