March 04, 2021
Auston Matthews returned from a wrist injury to play in last night’s game against the Edmonton Oilers.
Sports NewsHockey 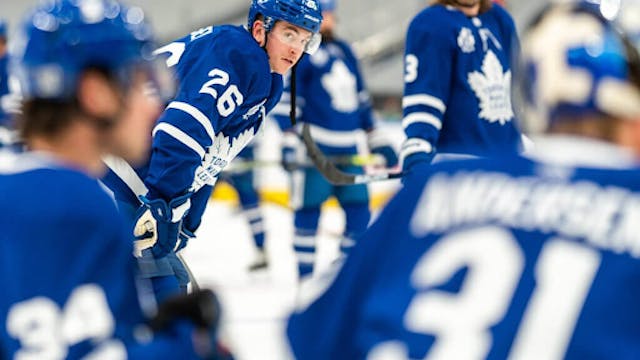 Toronto: NHL goal leader Auston Matthews returned from a wrist injury to play in last night’s game against the Edmonton Oilers, and it really didn’t matter because Leafs fourth-liner Jimmy Vesey (Who?, you may ask. Exactly, we say) decided to score a bunch of goals in the Leafs’ 6–1 win himself.

Montreal: The Canadiens goaltending hasn’t been stellar lately, so general manager Marc Bergevin decided to do something about it...in the middle of a game. Bergevin fired their goalie coach during the second period of Tuesday night’s game against the Ottawa Senators. Guess it couldn’t wait.

Chicago: After a full year without it, we’re now in the middle of back-to-back weekends of PWHPA action. Two games are set for this Saturday and Sunday in the Chicago Blackhawks Showcase, and our beloved CBC will stream Sunday’s coverage live starting 11:30 a.m. ET. Now that’s how to spend our tax dollars.