July 06, 2020
To play or not to play: that is the question many athletes are currently asking themselves as several leagues gear up to start (or restart) their seasons.
Sports NewsGeneral 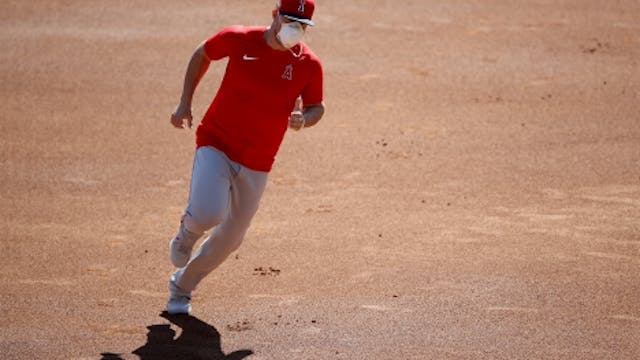 The GIST: To play or not to play: that is the question many athletes are currently asking themselves as several leagues gear up to start (or restart) their seasons.

Which athletes?: Some of the MLB’s biggest stars, for starters. Los Angeles Angel Mike Trout, who is the highest paid player in the league and a BFD, is considering opting out of the upcoming season set to start on July 23rd. His wife is pregnant and due in August, and Trout isn’t stoked about putting his family at risk. Very fair.

Is anyone definitely opting out?: Pitcher David Price, who was set to make his debut with the LA Dodgers after he was traded in a blockbuster deal from the Boston Red Sox, and Atlanta Brave Felix Hernandez will not play this season, both citing health concerns as their reason for opting out.

Yikes. Any other athletes?: WNBA star Liz Cambage will probably sit out the upcoming season too, due to her being high-risk for serious illness, and Brooklyn Net DeAndre Jordan will miss the NBA season after testing positive for COVID-19 last week.