June 25, 2020
After an excruciatingly silly back-and-forth between the MLB and the MLB Players Association, they’ve finally kissed and made up. Which means baseball is coming back, baby!
Sports NewsBaseball 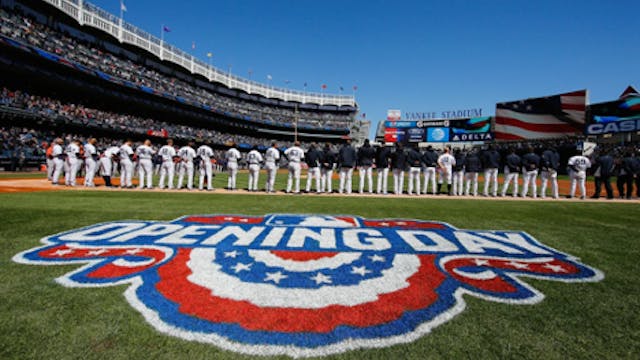 The GIST: After an excruciatingly silly back-and-forth between the MLB and the MLB Players Association, they’ve finally kissed and made up. Which means baseball is coming back, baby!

Tell me more: The MLB has issued a 60-game regular-season schedule, which is expected to start on July 23rd or 24th (read: less than a month away!), meaning players will need to report to training camp by Wednesday, July 1st. Talk about a quick turnaround!

Is it actually safe to play?: Who knows? The league issued a safety plan back in May, which included rules such as no spitting, no handshakes, no stadium showers and no buffets. But many players have already said that the guidelines are nearly impossible to follow (that no buffet rule does sound pretty hard...) and many rules will be broken.