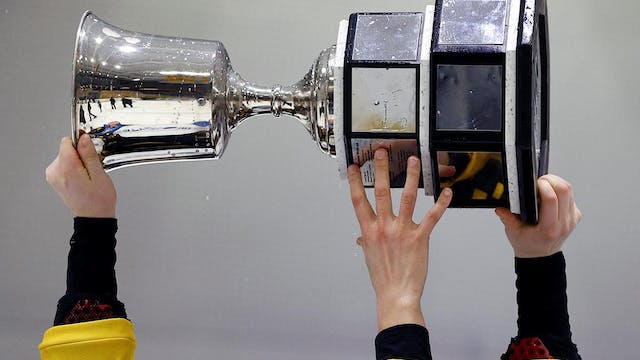 Thanks to the offseason addition of an expansion team, the Montreal Force (more on them below), the PHF now consists of seven teams. Those squads will play 24 games — four against each opponent — over the next five months, culminating in March’s Isobel Cup Playoffs.

While the PHF is a fantastic league, the world’s top players remain part of the Professional Women’s Hockey Players Association (PWHPA). For example, nearly all Canadian and American national team players are members of the PWHPA, not the PHF.

This will be the first PHF action after the failed merger between the league and the PWHPA. The two groups have a long and complicated history, starting with a decision by the game’s best to opt out of the PHF (formerly NWHL) in May 2019 and form the PWHPA.

The PHF’s Board of Governors made a big investment in hopes of changing that, providing $25M in direct payments and benefits to players over the next three years and increasing the team salary cap from $300K to $750K.

🦁 Boston Pride: The defending champs hoisted their second straight trophy last season and look poised for a three-peat, especially with a whole host of veterans, including two-time Defender of the Year Kaleigh Fratkin Lee and team captain Jillian Dempsey, returning.

🐋 Connecticut Whale: Last year’s runner-ups, the Whale are certainly a threat to mount a revenge tour. Their offense will once again be helmed by reigning MVP Kennedy Marchment and PHF Newcomer of the Year Taylor Girard, while their one-two punch in goal features Abbie Ives and newly-signed Finnish Olympian ’tendy Meeri Räisänen.

🏔️ Minnesota Whitecaps: If defense wins championships, two-time PHF Goaltender of the Year Amanda Leveille will have the Whitecaps contending, because boy, does she know how to win. Leveille’s already nabbed two Isobel Cups (not to mention three NCAA natty titles) and will be essential to Minnesota's success in her fifth year in the league.

💪 Metropolitan Riveters: The New Jersey–based squad really could live up to their namesake’s “We Can Do It!” motto, especially with their captain and the league’s second all-time leading scorer, Madison Packer, driving the offense. Packer will team up with Amanda Pelkey, who made a move back to the PHF after spending the last two years in the PWHPA.

🦬 Buffalo Beauts: Perhaps motivated by last season’s last-place finish, the Beauts made the move of the offseason, signing former Toronto Six star and last year’s leading scorer, Mikyla Grant-Mentis, to the largest-ever contract in pro women’s hockey. But will their history-making bet be enough to boost their struggling offense? Time will tell.

👊 Montreal Force: Say bonjour to the PHF’s newest squad. The Force might not quite be one to be reckoned with in their inaugural season, but they’ll definitely give the hometown crowd plenty to cheer about — the majority of their roster hails from Quebec, including forward Brooke Stacey, the lone rostered player with previous PHF experience.

Today’s slate features an epic triple-header. The Minnesota Whitecaps and Toronto Six start things off at 2 p.m. ET before the Connecticut Whale face the Boston Pride in a rematch of last year’s final and the Montreal Force make their debut vs. the Buffalo Beauts at 7 p.m. ET.