What you need to know from week 4 in the NFL 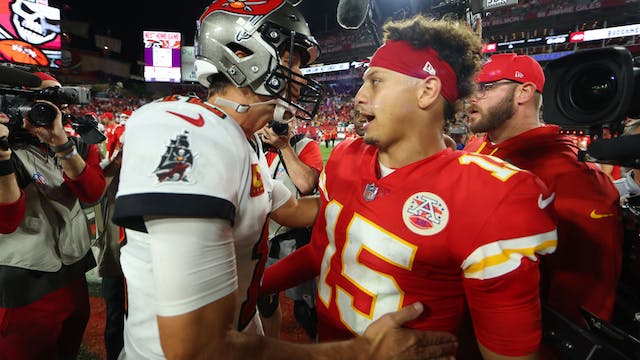 The GOAT vs. the kid: QB Patrick Mahomes came out on top in the much hyped Sunday Night Football Super Bowl LV rematch between his Kansas City Chiefs and QB Tom Brady’s Tampa Bay Buccaneers.

Call it a comeback: QB Lamar Jackson and the Baltimore Ravens squandered a 17-point lead in yesterday’s 23–20 loss to the Buffalo Bills. Jackson threw an uncharacteristic interception with the game on the line, which the Bills converted into a game-winning field goal.

New kid on the block: Pittsburgh Steelers 2022 No. 20 draft pick QB Kenny Pickett made his highly anticipated NFL debut, replacing former QB1 Mitch Trubisky in the second half. But it was a lackluster first go, as Pickett threw three interceptions in a 24–20 loss to the NY Jets. Maybe they can chalk it up to rookie mistakes?

All they do is win: They’re soaring, flying — the Philadelphia Eagles improved to 4-0 behind a 29–21 win over the Jacksonville Jaguars, maintaining their status as the only undefeated team left in the league.