August 31, 2022
After the road teams pulled off nail-biter upsets in Game 1, can the higher-seeded home teams stop the bleeding and even their series tonight?
Sports NewsBasketball 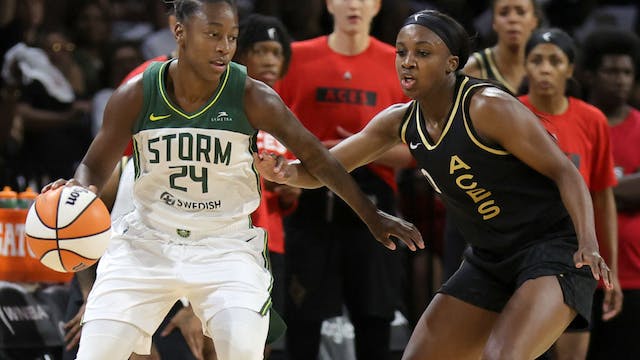 The GIST: After the road teams pulled off nail-biter upsets in Game 1, can the higher-seeded home teams stop the bleeding and even their series tonight? Can’t wait to find out.

No. 2 Chicago Sky vs. No. 3 Connecticut Sun: Chicago’s Candace Parker put on a historic performance in Game 1, but the defending champs need more from veterans (and power couple!) Allie Quigley and Courtney Vandersloot, who notched just seven and five points on Sunday, respectively.

No. 1 Las Vegas Aces vs. No. 4 Seattle Storm: While the Aces are cleaning up the end of season awards, they’ll need to clean up their uncharacteristic amount of turnovers to tie this thing up. Plus, newly-crowned Defensive Player of the Year A’ja Wilson has to get it going on the other side of the court after a quiet night in the opener.