March Madness: Sweet dreams are made of this 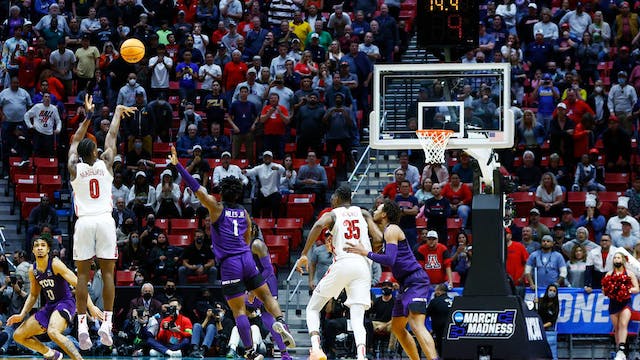 The GIST: After No. 5 Notre Dame dropped 108 (!!!) points on No. 4 Oklahoma, and No. 4 Tennessee knocked off No. 12 Belmont with a clutch three-pointer on Monday, we can hardly wait for the women’s Sweet 16 to begin on Friday.

West Region: The fun begins with No. 4 Arkansas vs. No. 1 Gonzaga at 7:09 p.m. ET. Both squads are coming off narrow second-round wins, but the ’Zags looked supercharged down the stretch in a thrilling comeback victory over Memphis. If junior Drew Timme doesn’t “give a flying F” again, the top-seeded Bulldogs will be tough to beat.

South Region: Moving to the other side of the bracket, No. 11 Michigan and No. 2 Villanova square off at 7:29 p.m. ET. ’Nova has quietly dominated the first two rounds while unexpected Cinderella story Michigan has proven the glass slipper fits. But will their carriage turn into a pumpkin tonight?