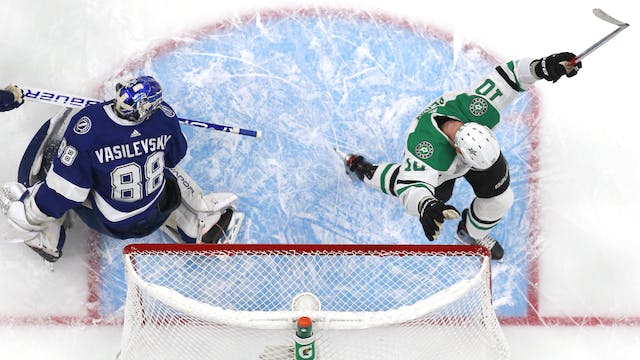 The GIST: The NHL is getting their money’s worth this season. Although many assumed we’d have a Stanley Cup champion by now, the Dallas Stars, unlike us, just aren’t ready to give up on 2020 yet.

Why’s that?: Heading into Saturday night’s Game 5 of the Stanley Cup Finals, the Stars were down 3-1 against the Tampa Bay Lightning, and though the Lightning have been heavily favored to hoist the Cup this year, veteran Corey Perry’s double overtime (OT) winner proved the Stars are one tough team to beat.

And what does Tampa need to do?: Tampa needs to find a way to beat Stars’ goalie Anton Khudobin, and they’ll need to do it without captain Steven Stamkos. After spending seven months on the injured/reserve list, Stamkos rejoined Tampa in Game 3, scored on his first shot (NBD) but then re-aggravated the injury and won’t be playing the rest of the series. Not great.