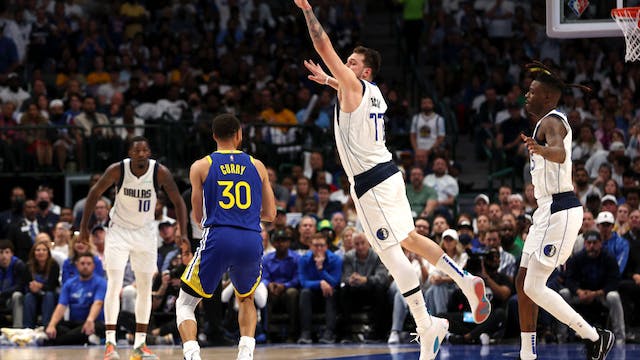 The GIST: Put those brooms away — the No. 4 Dallas Mavericks avoided what would've been an embarrassing series sweep last night, ensuring there’ll be (at least) a Game 5 in each Conference Finals battle. Lucky us.

Western Conference: Led by 30 points from superstar Luka Doncic and cheered on by their hometown crowd, the Mavs defeated the No. 3 Golden State Warriors 119–109 to avoid elimination and bring the series to 3-1.