March 22, 2021
The GIST: Gender disparity? In the NCAA women’s and men’s Div I basketball tournaments? In this economy?
Sports NewsBasketball 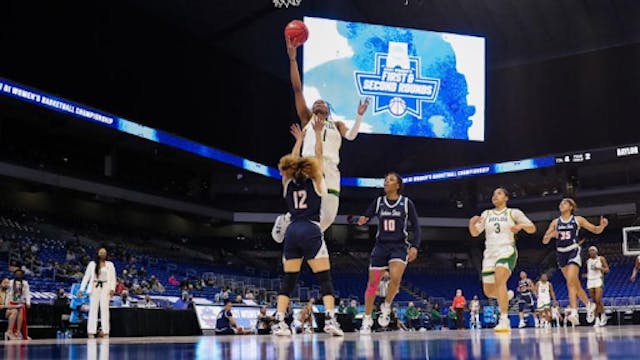 The great divide: The sports world was fired up this weekend (and rightfully so!) after Oregon Duck Sedona Prince called out the very obvious behind-the-scenes differences between the men’s and women’s tournaments.

Moving along: The women’s tournament began yesterday and so far, no major upsets. No. 1 Stanford, the top team in the Alamo region and the entire tournament, started their run to the championship with a score win over Utah Valley last night, and the top seeds in all three other regions — UConn, South Carolina and NC State — won as well.

Still to come: Another 16 games are set for today, including the No. 2 seeds in the Alamo, Hemisfair and Mercado regions: Louisville, Maryland and Texas A&M. And the round of 32 begins tomorrow. Check out the full schedule here. Let’s focus on the court now, shall we?