I pity the fool 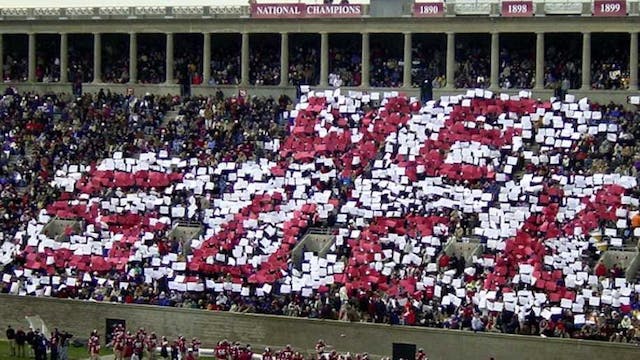 The GIST: TBH, we’re rattled that this sick joke of a year isn’t a big April Fools’ joke from Mother Nature. But, to honor the spirit of the day, we’re highlighting the top five pranks from the sports world.

5. For this one, we’re going all the way back to 2004, when all was right in the world and “Yeah!” by Usher, Lil Jon and Ludacris topped the charts. At the annual Harvard-Yale football game, 26 Yale students dressed up as a “Harvard Pep Squad” and handed out over 1,800 colored paper signs (you know, those big cards that fans in stands raise above their heads at sports games) to the unsuspecting Harvard crowd.

4. Rookies always face some sort of hazing, but this one had it coming. During the 2004–05 NBA season, movie-star Lucy Liu attended a LA Lakers game. And after the game, rookie Tony Bobbitt apparently told everyone that she was staring at him the whole time (he wishes).

3. Let’s take it back to the 2014 Sochi Winter Olympics. To refresh your memory, there was a lot of, um, #SochiProblems, including stray dogs roaming the streets of Russia. So when US Olympic luger Kate Hansen tweeted a video of a wolf wandering the hallways of her dorm in Sochi, no one questioned it and it was picked up by news and sports outlets in minutes.

2. On April Fools’ Day in 2008, cycling magazine VeloNews announced that US cycling Olympians Connie Carpenter and Davis Phinney had created a company in which they would sell their eggs or sperm for $250k each (or both for $1 million!) so that families could create the “ideal champion baby.”

1. We have another Jimmy — this time The Tonight Show host Jimmy Fallon — to thank for this prank. At last year’s US Open Grand Slam, Fallon had tennis superstars like Naomi Osaka, Madison Keys, Ashleigh Barty and Novak Djokovic (pronounced JOKE-OH-VITCH) help him prank fans and media by dropping some, shall we say, unusual phrases during their press conferences. You have to see it to believe it.