September 07, 2022
The top-seeded Las Vegas Aces are the first team through to the WNBA finals.
Sports NewsBasketball 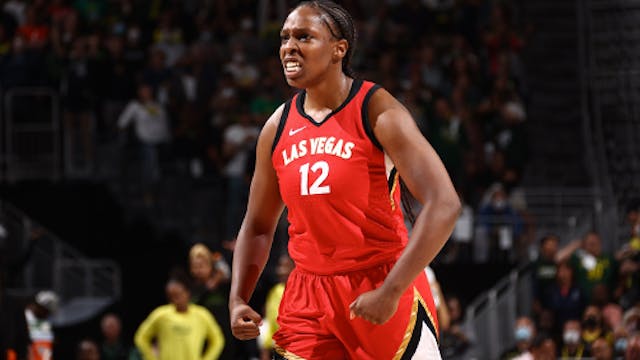 The GIST: Don’t bet against the house. The top-seeded Las Vegas Aces are the first team through to the WNBA finals. But the No. 3 Connecticut Sun refused to set at home, forcing a winner-take-all semis Game 5.

No. 1 Las Vegas Aces vs. No. 4 Seattle Storm: The Aces held the high card last night with a gritty 97–92 victory over the Storm. Seattle’s Breanna Stewart gave everything she had, scoring a record-setting 42 points, but it’s hard to win when Chelsea Gray does Chelsea Gray things, making WNBA playoff history with 31 points and 10 assists.

No. 2 Chicago Sky vs. No. 3 Connecticut Sun: Connecticut played with fire in Game 4 en route to their 104–80 win. Courtney Williams and Alyssa Thomas brought the energy, while DeWanna Bonner put the “De” in defense, sneaking into fifth on the All-Time Playoffs rebounds list.