August 10, 2020
It’s the final week of seeding games in the NBA, and with the top spots all set, our attention is on the battle for eighth place in the Western Conference.
Sports NewsBasketball 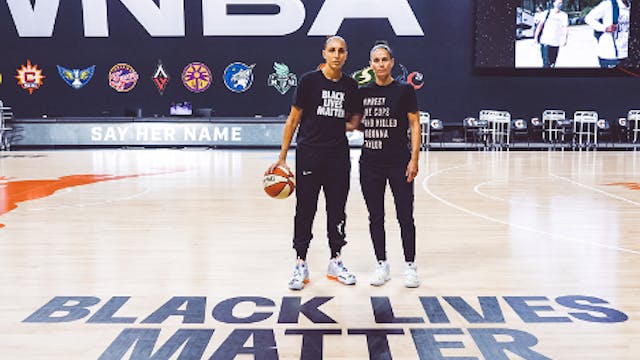 The GIST: It’s the final week of seeding games in the NBA, and with the top spots all set, our attention is on the battle for eighth place in the Western Conference.

Why’s that a big deal?: It’s a BFD because if the eighth-seeded team is ahead of the No. 9 team by four games or less, there will be a “play-in” tournament. The tournament is two games long, and for the No. 9 spot to move on, they have to win both games.

So who’s definitely made the playoffs?: As we already mentioned, the Eastern Conference is set, with the Milwaukee Bucks unsurprisingly grabbing the top spot and the league’s best regular-season record. What, like it’s hard? Check out the full standings here.

What’s up in the WNBA?: Fans were robbed of a battle of the best on Saturday, when Seattle Storm star Sue Bird (of A Touch More fame) was forced to sit out of the matchup against Diana Taurasi and her Phoenix Mercury due to a sore knee.