WNBA semifinals kick off with a double overtime match

September 29, 2021
The GIST: Nothing like a healthy dose of heart-stopping double overtime to start off the WNBA’s best-of-five semifinals.
Sports NewsBasketball 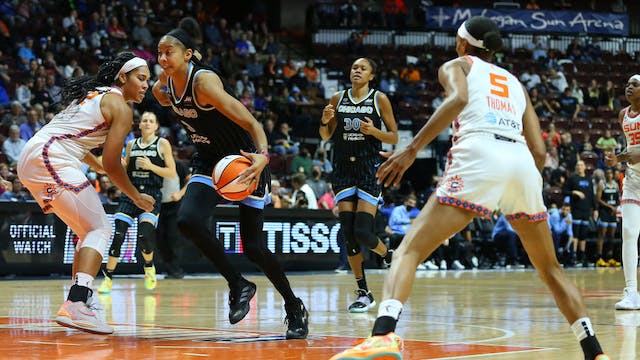 Connecticut Sun vs. Chicago Sky: Okay, we were not expecting that. The No. 6 seed Sky stunned the No. 1 Sun last night in a nail-biting double overtime game, winning 101–95 to give the Sun their first loss — outside of the Commissioner’s Cup final — since July 3rd.

Las Vegas Aces vs. Phoenix Mercury: Mercury is officially in retrograde. Despite all five of their starters hitting double figures, the No. 5 Mercury lost to the No. 2 Aces 96–90 last night in the first of their best-of-five series.

WTF: Unfortunately, things are only getting worse for the Mercury: they’re being kicked out of their home arena (again) for what could be a series-ending Game 3, all because Disney on Ice is rolling through Phoenix on Sunday. Wish we were kidding..