November 16, 2020
COVID-19 may have put a damper on 2020 for most of us, but it couldn’t stop Dustin Johnson (DJ) from capping off his career-best year with a green jacket.
Sports NewsGolf 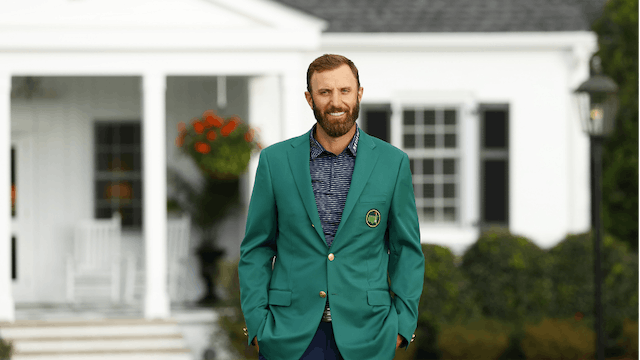 The GIST: COVID-19 may have put a damper on 2020 for most of us, but it couldn’t stop Dustin Johnson (DJ) from capping off his career-best year with a green jacket. When it rains, it pours.

Give me the details: Johnson, who tested positive for COVID-19 in October, won the Masters yesterday, his fourth PGA Tour win since June. As the current No. 1 golfer in the world, DJ has spent over 100 weeks in the top spot over his career and has clinched 27 professional wins since his first in 2008 — but yesterday’s win was only his second career major.

So sweet. How did the rest of the field do?: DJ wasn’t the only record-setter this weekend. Cameron Smith, the runner-up from Australia, became the first golfer in Masters history to shoot all four rounds in the 60s. Smith’s fellow runner-up at 15-under par, Sungjae Im of South Korea, also set the record for best-ever Masters debut.

How did our Canadians do?: Aside from DJ (who we consider an honorary Canadian by virtue of being engaged to Wayne Gretzky’s daughter), our Canadians did pretty well. Three of the four made the cut, including 2003 Masters champ Mike Weir, and Corey Connors, who shot the lowest Masters round by a Canadian ever.