Both WNBA semifinal matchups even up respective series

September 02, 2022
The home teams took their Game 1 losses personally https://thegist.createsend1.com/t/t-i-ajdkdo-l-yh/, bouncing back with big Game 2 wins to even each series at one apiece on Wednesday.
Sports NewsBasketball 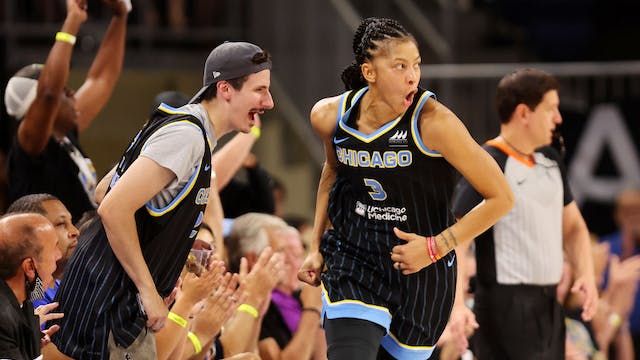 The GIST: The home teams took their Game 1 losses personally, bouncing back with big Game 2 wins to even each series at one apiece on Wednesday. With all four games decided by single digits, hold off on that mani before Sunday’s Game 3s.

No. 2 Chicago Sky vs. No. 3 Connecticut Sun: Chicago’s Candace Parker once again led the way with 22 points in her squad’s 85–77 Game 2 win. The difference from Game 1? She had a little help from her friends as all five Sky starters scored in double figures. Teamwork makes the dream work.

No. 1 Las Vegas Aces vs. No. 4 Seattle Storm: Queue up the Jonas Brothers because after a quiet Game 1, MVP candidate A’ja Wilson was burnin' up on Wednesday, dropping 33 points and 13 rebounds to lead her Aces to a 78–73 Game 2 dub.