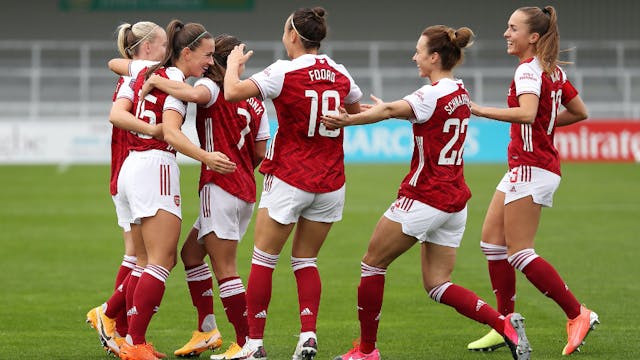 The GIST: With the NWSL Fall Series wrapping up on Saturday, it’s time to turn your attention across the pond, where some of our favorite Olympians continue to play in the FA Women’s Super League. Let’s spill the tea.

Who’s playing?: Star players like Tobin Heath, Christen Press, Ashley Lawrence and, most recently, new mom Alex Morgan have all taken their talents overseas. The mostly short-term moves were prompted by the uncertainty surrounding the COVID-19 pandemic in the States but could signal a broader movement of players looking for better salary opportunities and stability.

Any other news from the league?: Glad you asked! Arsenal’s Vivianne Miedema broke a huge Super League record over the weekend, scoring her 50th goal in 50 (!!!) games to become the league’s all-time leading scorer. After breaking the record, the Dutch star knocked in two more goals just for good measure. Have yourself a day.