How to save a life 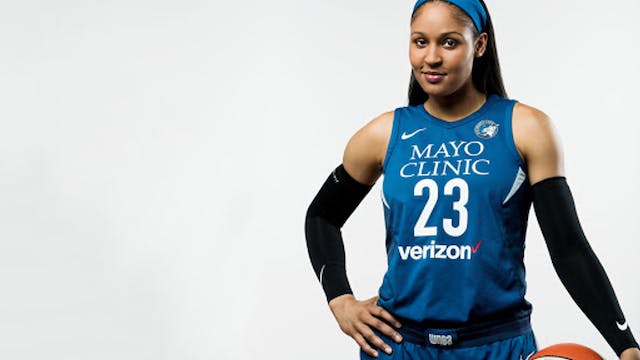 The GIST: WNBA superstar Maya Moore has always been a winner on the court, but now she’s a winner in court too. Moore put her All-Star career on pause to help 39-year-old Jonathan Irons get released from prison, and after 22 years in jail, his initial conviction was overturned on Monday.

Whoa! Remind me who she is: You got it. For one, the former Minnesota Lynx star is arguably the greatest winner in women’s basketball history: she’s a four-time (!!!) WNBA champion, two-time Olympic gold medalist, two-time EuroLeague Women’s champ and two-time NCAA champion at UConn. All she does is win, win, win!

Amazing! Now what’s this about court?: In early 2019, Moore took a sabbatical in order to advocate for relieving Jonathan Irons of a 50-year sentence he received in 1998. He was convicted of burglarizing and assaulting a man with a weapon in his St. Louis, Missouri, home. The homeowner testified against Irons, and he was convicted by an all-white jury without any physical evidence. Irons, who has always maintained his innocence, was just 16 at the time but was still tried and charged as an adult.

Horrible. So how does Moore play into this?: Thanks in part to the effort and attention Moore brought to the case, the judge vacated his convictions for burglary and assault and ordered that he be released from maximum security prison.

Incredible! So what’s next?: Following the monumental win, on Tuesday Moore doubled down on her earlier declaration that she’d be missing this upcoming WNBA season, her second in a row, to take time to handle “some of the pressing things” in her life. So, as much as we’d love to see the legend back on the hardwood, it looks like we’ll have to wait one more year. And she’s completely worth the wait.