October 31, 2022
The Portland Thorns are the first-ever three-time NWSL champions after defeating the Kansas City Current 2–0 to close out a challenging, but transformative season.
Sports NewsSoccer 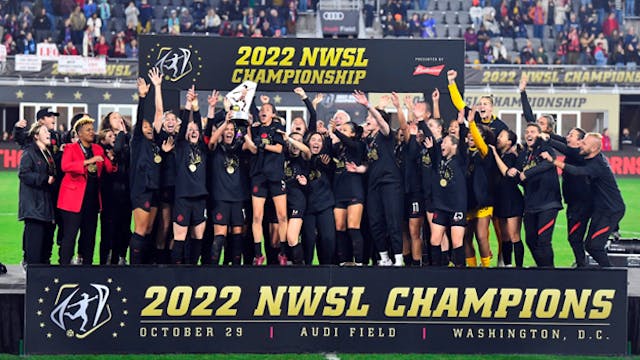 The GIST: The Portland Thorns are the first-ever three-time NWSL champions after defeating the Kansas City Current 2–0 to close out a challenging, but transformative season.

How it happened: As mentioned, it took league (and now championship game) MVP Sophia Smith just four minutes to silence the haters and score on Saturday. That early goal put the Current on their heels from the jump — they failed to produce a single shot on target and forfeited an own goal in the 56th minute.

Off-field impact: A crowd of 17,624 (including Billie Jean King) took in the primetime match at Washington D.C.’s Audi Field, capping off a year that saw a 30% increase in viewership and record attendance numbers across the NWSL.