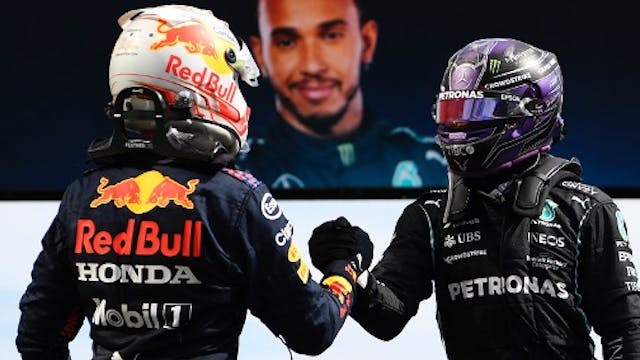 🏎️F1: Mercedes’ Lewis Hamilton won yesterday’s controversy-filled Saudi Arabian Grand Prix (GP), his 103rd GP victory and a win that ties him with his rival, Red Bull’s Max Verstappen, atop the leaderboard. With just one race remaining on the calendar, the Drive to Survive producers couldn’t have written it better.

⚽️MLS playoffs: And then there were two. Saturday’s 3 p.m. ET title game will feature a battle of No. 4 seeds when the Western Conference champion Portland Timbers face the Eastern Conference–winning NYCFC.

🏈NFL: If you’re looking for some motivation on this Monday morning, just know that the Detroit Lions finally won yesterday, after going winless through their first 11 games. They defeated the Minnesota Vikings 29–27, thanks to an incredible touchdown as time expired. Anything is possible.