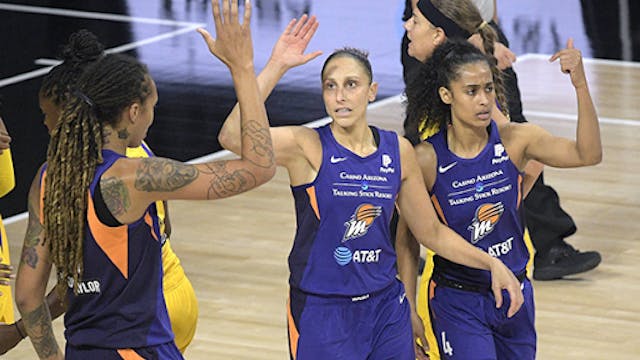 🏀Basketball: On Saturday, during Phoenix Mercury’s 84–69 win over the Atlanta Dream, 39-year-old Diana Taurasi etched her name in the WNBA record books once again when she became the first player to net 9,000 career points and 2,000 assists.

⚾️Baseball: After Toronto Blue Jay Steven Matz gave up only one run in nine innings (which just happened to be helping Miguel Cabrera’s  500th career homer), the Jays lost 5–3 in extra innings. They’ll try for a W again today at 7:07 p.m. ET.

Meanwhile, in the Little League World Series south of the border, Texas’ Ella Bruning had two hits in her squad’s 6–0 win on Friday, making her just the third girl to have multiple hits at a single LLWS. The girl’s got game.