The GIST: Yes, it’s 2022, but COVID-19 is still the main character. And while the NFL’s reduced quarantine guidelines have players returning to action more quickly (for better or worse), let’s take stock of what’s happening elsewhere in sports. 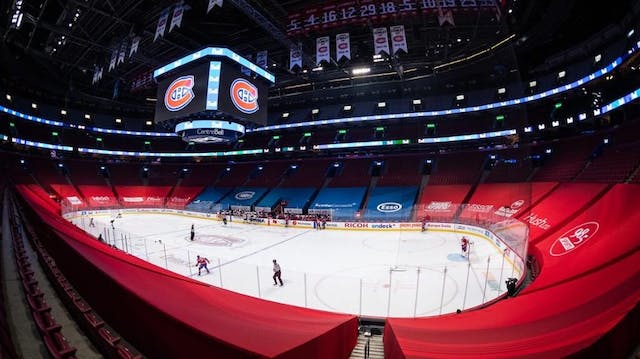 The GIST: Yes, it’s 2022, but COVID-19 is still the main character. And while the NFL’s reduced quarantine guidelines have players returning to action more quickly (for better or worse), let’s take stock of what’s happening elsewhere in sports.

🏒NHL: Following a six-day league-wide pause over the holidays, the NHL (largely) returned to action early last week, but game postponements continue to trickle in. Most notably, the Montreal Canadiens’ season is on ice until at least tomorrow, with about 20 players in COVID-19 protocols. Très mal.

🏀NBA: On Monday, the league announced rescheduled dates for the 11 games that were postponed in December, but the matchup we have circled is *checks calendar* tonight’s 7:30 p.m. ET tilt between the Brooklyn Nets and Indiana Pacers.

🎾Tennis: In other SMDH news, ahead of this month’s Australian Open, Novak Djokovic received a medical exemption to travel to Melbourne, meaning the assumedly unvaccinated World No. 1 will be able to compete despite the tournament’s strict vaccine requirements. Looks like the Joker’s on us.

Zooming out: Though we’re less than a month away from the Beijing Winter Olympics, with cases skyrocketing, new lockdowns being imposed and Twitter users doing more work than the U.S. CDC, even the International Olympic Committee admitted there’s a “possibility” the Games could be canceled. Do you get déjà vu?