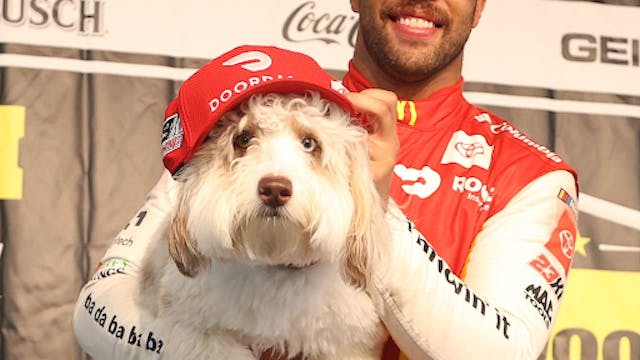 🏁NASCAR: With his win at the YellaWood 500 on Monday, Bubba Wallace became the second Black driver — after Wendell Scott in 1963 — to win a NASCAR Cup Series race. And to celebrate the historic moment, Wallace had his very best boy, Asher, join him for pictures. S’cute.

🏀NBA: Preseason is underway — shoutout to the Toronto Raptors, who finally made it home after 19 months and won their first game — but the Brooklyn Nets are without a key player to start. The unvaccinated Kyrie Irving can’t practice with the team due to NY’s strict gathering rules and could lose millions if he doesn’t smarten up.

🏈NFL: Jacksonville Jaguars new head coach Urban Meyer is in trouble. After losing again on Sunday, Meyer was caught on video getting disgustingly close with a woman who is not his wife in a bar.