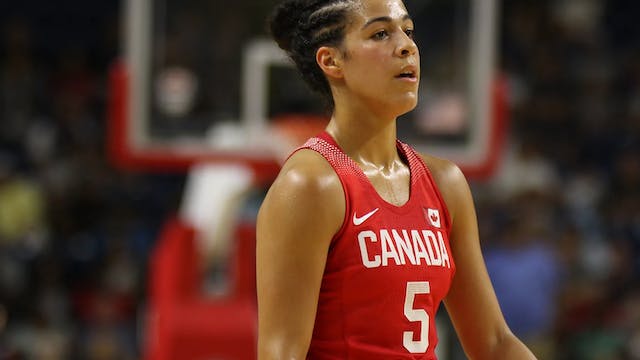 🏀Basketball: Team Canada’s Kia Nurse is getting ready for the upcoming Olympics the best way she knows how: by killing it in the WNBA. Last night, the Phoenix Mercury star recorded 28 points and a career-high seven 3-pointers. Unfortunately it wasn’t enough for a win, with the Mercury falling 82–75 to the Seattle Storm.

⚾️MLB: While the FBI prepares the city of Denver for a safe All-Star Game, the Toronto Blue Jays are sending their four All-Stars off in style. Bo Bichette and Teoscar Hernandez each recorded a hit in yesterday’s 3–1 win over the Tampa Bay Rays, which was a no-hitter until the seventh inning.

🚵‍♂️Tour de France: Movin’ on up! Ottawa native Mike Woods earned his first-ever King of the Mountains honor and the chance to don the prestigious (and fashionable) polka dot jersey after Stage 14 of the Tour de France on Saturday. With seven stages left in cycling’s biggest event, Woods sits second in the overall climber rankings. Keep climbing, Mike.