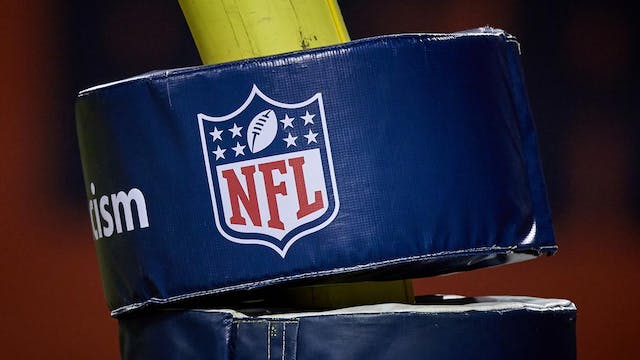 Where else to begin but in the NFL? The Watson saga thrust the league’s inconsistency on these matters back into the spotlight. It wasn’t until 2014, when former NFLer Ray Rice was caught on camera abusing his girlfriend, that the league even adopted a formal DV policy (and only after suspending Rice for a mere two games).

Also notable is the absence of any required rehabilitation or counseling. Current players from Browns running back (RB) Kareem Hunt and Dallas Cowboys RB Ezekiel Elliott, who both served suspensions, to Miami Dolphins wide receiver (WR) Tyreek Hill, who was never suspended, faced (and fought) their DV allegations, then returned to the field.

The NFL’s policy is made even more troubling when compared to how they handle other off-field issues such as drugs and gambling. Free agent WR Josh Gordon was suspended 76 games for substance abuse, and Jacksonville Jaguars WR Calvin Ridley is out indefinitely for betting while he was sidelined for health reasons.

As if anyone needs further proof of how problematic hockey culture is, the NHL is the only North American major men’s sports league without a formal policy addressing domestic abuse, sexual assault (SA) and child abuse. Wish we were kidding.

Sadly, it’s not at all surprising given the NHL’s institutionalized history of protecting its own. In May 2021, a former Chicago Blackhawks player (now known to be winger Kyle Beach) filed a lawsuit against the team for ignoring SA allegations he and another player made against video coach Brad Aldrich during their 2010 Stanley Cup title run.

Widely seen as the most progressive of the men’s four major leagues, the NBA was surprisingly slow to adopt a DV policy, only introducing one in July 2017. What's more troubling may be the league's recent trend of hiring head coaches (HC) with histories of DV and/or SA allegations.

To make matters worse, the Mavs’ move is only a few years removed from an investigation that revealed a hostile workplace environment rife with sexual harassment and DV. The organization implemented a “zero tolerance” policy regarding inappropriate behavior shortly thereafter. Interesting.

The most recent high-profile example of gender-based violence in MLB — who adopted their DV policy in 2015 — came in July 2021, when former LA Dodger pitcher Trevor Bauer was placed on paid administrative leave (yup, that again) after a woman accused the pitcher of SA and requested a restraining order against him.

It was a welcome development, particularly given the league’s (you guessed it) fraught history with similar cases.

These sports examples are, of course, just symptoms of a society that continually turns a blind eye to sexual abuse and DV. According to the CDC, nearly one in five U.S. women will be raped in their lifetime. And almost 20 Americans per minute are physically abused by an intimate partner.

Each time men’s sports fails to respond, this persisting problematic culture becomes more deeply entrenched across the industry and these violent behaviors become normalized in the world at large.