April 29, 2021
The NHL postseason is just around the corner, and the Toronto Maple Leafs are the first through the gate.
Sports NewsHockeyBasketballBaseballRugby 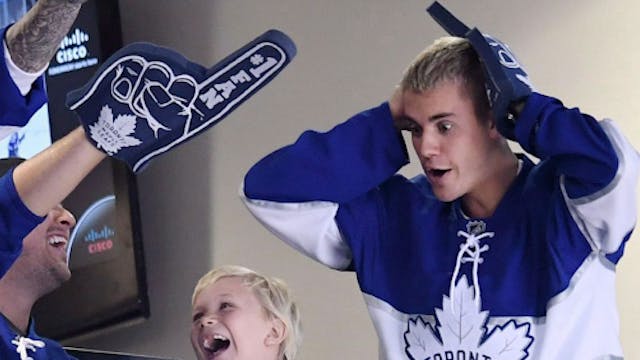 🏒NHL: The NHL postseason is just around the corner, and the Toronto Maple Leafs are the first through the gate. The Leafs clinched a playoff spot last night with their 4–1 win over the Montreal Canadiens, who are battling the Calgary Flames for fourth place — aka the final playoff spot. Odds we get a new Justin Bieber song for the postseason?

🏀NBA: The Toronto Raptors, on the other hand, have all but kissed the playoffs goodbye. They still have 10 games remaining, but given seven of those are against some of the Western Conference’s top teams, things aren’t looking great. They’ll try their best against the Denver Nuggets tonight at 9 p.m. ET.

🏉Rugby: The Canadian women's rugby sevens team is without a head coach. The team filed a complaint against the coaching staff in January, citing harassment and abuse, and though Rugby Canada found no wrongdoing (um, excuse us!?), coach John Tait stepped down anyway. Don’t let the door hit ya!

⚾️ MLB: George Springer made his highly anticipated debut for the Toronto Blue Jays, and it was so great to see him dancing in the outfield that we’ll just totally ignore the fact that they lost 8–2 to the Washington Nationals. Let’s call it growing pains and hope for better when the Jays take on the Atlanta Braves tomorrow at 7:07 p.m. ET.