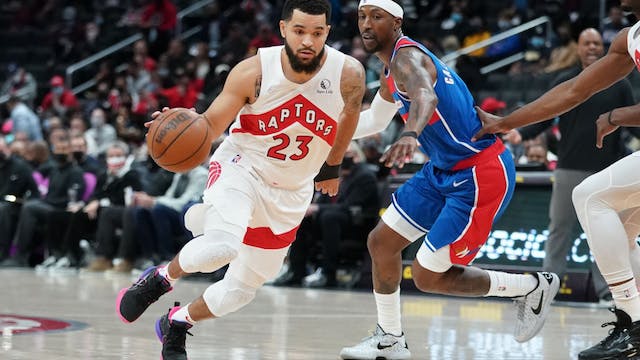 🏀Raptors: While we wait for Drake to put his money where his mouth is, we’re still cheering on his hometown NBA team. The Raptors have won five straight, a streak they’ll look to maintain when they host the Cleveland Cavaliers tonight at 7:30 p.m. ET. Let’s make it six for the 6ix, eh?

🏒NHL: At long last, the Jack Eichel saga has finally come to an end. Eichel was traded from the Buffalo Sabres (who were preventing him from having a surgery he wanted) to the Vegas Golden Knights, and he’s set to have surgery as soon as this week.

⚽️MLS: With the final weekend of the regular season on deck, two Canadian clubs could punch their tickets to the MLS playoffs on Sunday. CF Montreal needs a win over Orlando City SC, while the Vancouver Whitecaps will clinch their spot with a win or draw against the Seattle Sounders. Cross those fingers.