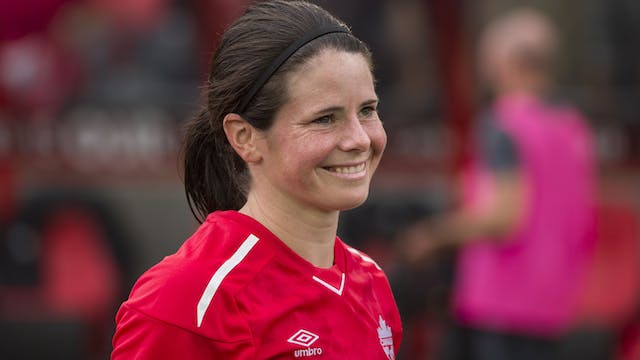 ⚽️Soccer: As Team Canada gets ready to say hello to Tokyo, living legend Diana Matheson is saying goodbye. After 18 years and 206 international games, the three-time Olympian, best known for her bronze medal–winning goal during the London 2012 Games, announced her retirement yesterday. So long, Diana, and thank you.

🏀Basketball: Although Giannis Antetokounmpo (pronounced YAHN-iss ah-dedo-KOON-bo) miraculously returned from injury for Game 1 of the NBA Finals, the Phoenix Suns led the way.

🏈CFL: False alarm, folks. After scaring diehard fans with talks of a possible merger with the Dwayne Johnson–led XFL, the CFL has announced they’ve scrapped collaboration efforts. It’s cool, we were kind of confused by it anyway. Onwards and upwards: after a year off, the new season starts August 5th.