So tell me what you want, what you really, really want

May 21, 2020
There has been a lot of talk over the past few months about the leagues and teams working hard to get their players back in action, which makes us think: what do the players (really, really) want?
Sports NewsHockeyBaseballTennisSoccer 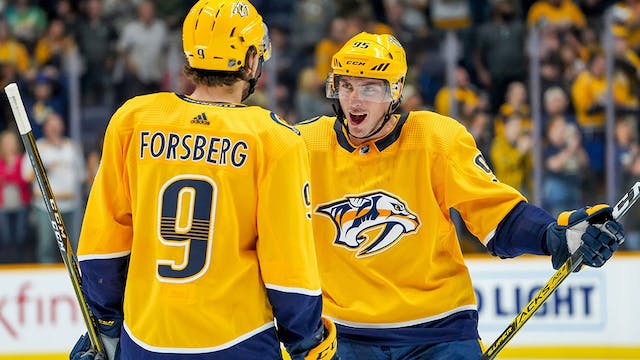 The GIST: There has been a lot of talk over the past few months about the leagues and teams working hard to get their players back in action, which makes us think: what do the players (really, really) want?

NHL: According to Nashville Predator Matt Duchene, most NHLers just want to stay healthy. In an interview this week, Duchene was adamant that the business side of the game isn’t more important than the health and safety of its players, a sentiment that seems to be felt across the board. Preach, baby.

MLB: The league has come out with a 67-page health and safety “return to play” rulebook, and according to Colorado Rockies outfielder and four-time All-Star Charlie Blackmon, he and his fellow players want to get back on the diamond and are ready to follow those rules. He argues that America needs baseball in the summer (not, not true) and he’s confident that the MLB will do the right thing.

WTA: Doing her best Kevin McCallister impression, Canadian tennis doubles phenom Gabriela Dabrowski said in an interview this week that she’s not afraid of contracting the virus, saying, “I don’t live my life in fear,” but doesn’t want to put her fellow tennis players at risk. She’s happy to wait until the WTA gives the all-clear to get back in the game. Respect.

EPL: The English Premier League’s (EPL) “Project Restart” has at least one vocal opponent: Watford FC captain Troy Deeney. He decided that he wouldn’t be practicing with his team, saying, “I don’t want to put my son in danger,” referencing his five-month-old who has breathing problems. Very, very fair.