June 18, 2020
Sports are coming back. But, unfortunately, so are some athletes’ positive COVID-19 test results.
Sports NewsFootballTennisGolfBasketballBaseball 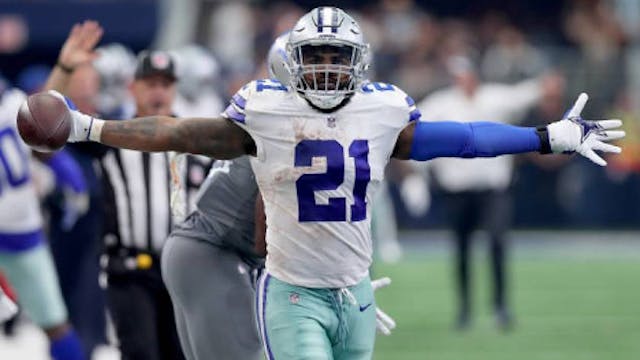 The GIST: Sports are coming back. But, unfortunately, so are some athletes’ positive COVID-19 test results.

Oh no. Who?: Most recently, several players from the Houston Texans and Dallas Cowboys have tested positive, including Cowboys star running back Ezekiel Elliott. Elliott is the third NFL player, and arguably one of the biggest stars in sports, to be publicly named.

Yikes. What about college football?: Many of the most prolific NCAA football teams — including Auburn, Mississippi State, Texas A&M and Alabama — have reported coronavirus cases among their players recently as well. Not good. Oklahoma State linebacker Amen Ogbongbemiga said he tested positive after attending a protest in Tulsa.

Wow. Can you give me some good news?: For sure! The PGA Tour tested all players, caddies and staff ahead of today’s RBC Heritage tournament (the second event since the season restart), and for the second week in a row, there wasn’t a single positive test. Let’s polite golf clap to that.

Amazing! Keep it rolling: Despite rumors that the WTA and ATP’s US Open would be canceled, it’s now officially scheduled to start on August 31st, thanks to New York governor Andrew Cuomo giving it the go ahead. Thanks, man! While not everyone is happy about the announcement, Serena Williams is stoked so we’re stoked too.

And...I’m afraid to ask...what’s up with the MLB?: Don’t be afraid — we have progress! The MLB and the players union are talking again, and they seem to have come to an agreement on a “jointly developed framework.” The new plan would have the season start on July 19th with players receiving their full salaries for the amount of games played (as they wished).