June 15, 2020
The NBA season isn’t the only one in doubt. Due to COVID-19, the tennis season is hanging on by a thread, while the MLB situation is the literal definition of a gong show. The WNBA and NHL are looking good, though...well, kind of.
Sports NewsTennisBaseballBasketballHockeyGolfRugby 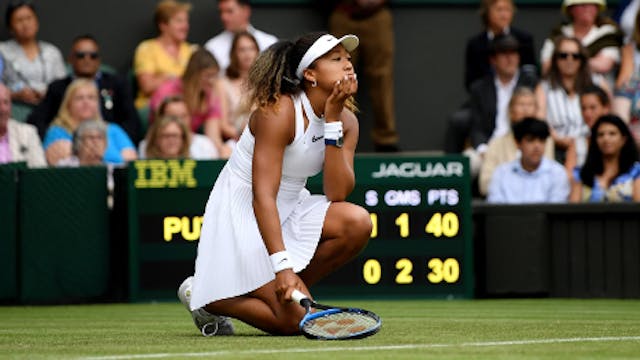 The GIST: The NBA season isn’t the only one in doubt. Due to COVID-19, the tennis season is hanging on by a thread, while the MLB situation is the literal definition of a gong show. The WNBA and NHL are looking good, though...well, kind of.

WTA & ATP: The good news is that the US Open will not move from its forever home in NYC to Florida as previously reported. The bad news is that the tournament might not happen at all. The US Tennis Association (USTA), which hosts the tournament, is currently considering three options, one of which is canceling the event altogether. Say it ain’t so.

MLB: Take a deep breath (or have a strong drink) before getting into this one. Quick refresher: the MLB and MLB Players Association (MLBPA) can’t agree on the season restart. They’ve been punting proposals back and forth to no avail, mostly because the players want their full earned salary, while the MLB wants to pay them on a sliding scale.

WNBA: The WNBA is also still negotiating their season restart, but it looks like the league wants to pay players their full salaries (up from the 60% they initially proposed) for 22 games (the 2020 regular season was set to be 36 games). The girls are getting paid!

NHL: Don’t look now, but it looks like Las Vegas is going to be one of the two hub cities hosting the NHL’s super weird postseason. Cue: “Waking Up in Vegas.” The league has also decided that training camps will begin July 10th. So soon!

Everything else: The PGA returned this weekend, with Daniel Berger winning the Charles Schwab Challenge after going to a playoff with Collin Morikawa. The tournament was played without fans, which was a little strange without the polite golf claps, but still — live sports!