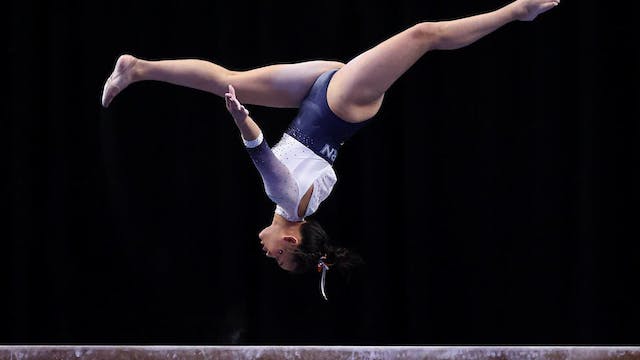 The GIST: Saturday’s NCAA women’s gymnastics championship wasn’t just a win for Oklahoma — ABC had 922K tune in, making it the most-watched college gymnastics meet ever on ESPN networks. Talk about sticking it.

The details: This year’s championship achieved a peak audience of 1.1 million, growing 11% overall from last year’s event. Most notably, ESPN tapped further into a powerful target audience in the process — women aged 18-49, whose viewership grew 58%.

The context: Women’s gymnastics was already flying high heading into Saturday’s championship, with over 95 million impressions this year alone across ESPN’s social platforms — the most of any women’s sport. Unlike many other NCAA sports, gymnastics also benefits from having recent Olympians on the rosters.

Zooming out: Shockingly, women’s gymnastics has earned just 1.1% of name, image and likeness (NIL) compensation thus far, demonstrating that brands might be sleeping on the sport’s business potential.