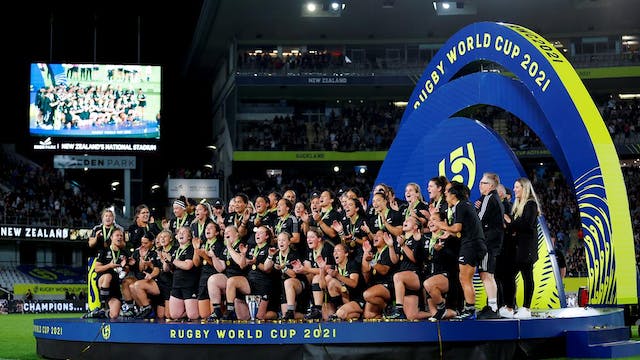 The GIST: New Zealand’s victory in Saturday’s Rugby World Cup final isn’t the sport’s only cause for celebration. The hosts lifted their sixth world title in front of 42K spectators at Auckland’s Eden Park, capping off a record-shattering tournament with women’s rugby’s largest-ever crowd.

The why: Improved broadcast arrangements and New Zealand’s gold medal in women’s rugby sevens at the Tokyo Olympics provided the foundation for this massive domestic audience growth. In turn, the team’s ability to spark optimism and inclusivity lured longtime rugby fans and newcomers alike during the Black Ferns’ championship run.

Zooming out: As a rugby-loving country, New Zealand was always well-poised to embrace the women’s game. Its trajectory is remarkably similar to another international tournament in 2022 — the Women’s Euro. Hosts England won over the domestic fanbase of soccer die-hards while also winning the competition itself.