September 19, 2022
One month in and the 2022 women’s college volleyball season is already breaking records.
Sports BizVolleyball 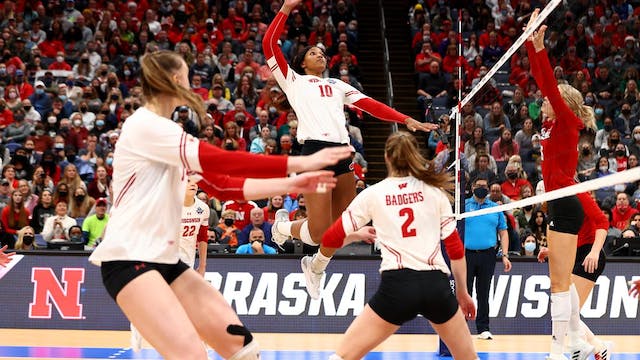 The GIST: One month in and the 2022 women’s college volleyball season is already breaking records. The sport is enjoying all-time high audiences at home and in person, starting the conversation on just how high it can rise. Ready position.

The viewership: ESPN’s broadcast of Louisville’s win over Kentucky averaged 302K viewers last Wednesday, the network’s highest-ever turnout during the regular season. It was only the fourth women’s college volleyball game in 25 years to air on national TV, but that’s changing — ESPN2 will air at least seven more games this season.

The attendance: Almost 17K filled Wisconsin’s Kohl Center to see the Badgers host Florida on Friday, breaking the NCAA’s all-time regular season attendance record. The school’s volleyball teams usually bump, set and spike at the UW Field House (which seats 7.5K) but were upgraded to the hoops arena for this match.

The value: Though basketball and football rake in a majority of name, image and likeness (NIL) money, women’s volleyball is the best of the rest. The sport earned 2.3% of overall compensation and 5.5% of total activity in NIL’s first year. The girls are getting paid.

Zooming out: As media companies and brands aggressively search for the buzziest niche property in sports, women’s volleyball is making a solid case for itself. The NIL marketplace has already earmarked it as college’s next big sport, and the growing audience will only add to volleyball’s value.