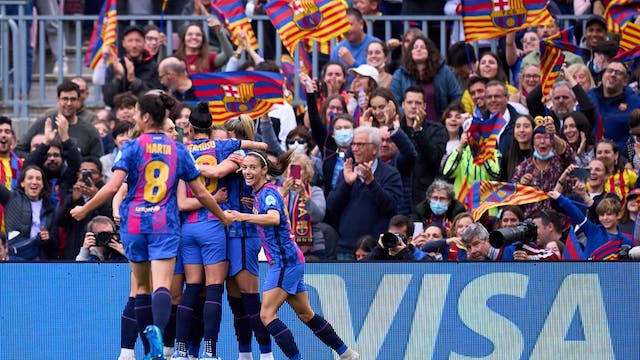 The GIST: This season’s UWCL off-field wins perfectly display the rising popularity of women’s soccer. A prime example? Women’s teams are playing for packed houses — and record crowds — after hosting games in stadiums usually reserved for their male equivalents. But teams aren’t the only ones benefiting from the venue upgrades.

Zooming out: This season’s success proved that women’s soccer can fill huge stadiums and, consequently, drive greater ROI for brands. And given UEFA’s unbundling of the women’s and men’s sponsorships in 2017, there’s now a serious business case for brands to partner with the women’s game as a singular product.