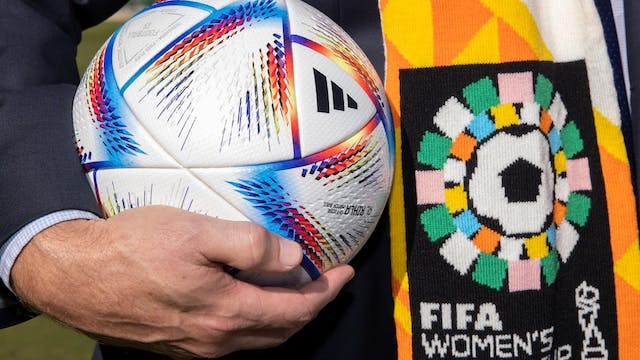 The GIST: The Women’s Euro is still smashing records heading into its final week, driving up international interest in hosting the 2027 Women’s World Cup in the process. Though a full submission timetable is TBA, FIFA is expected to open the bidding process by the end of this month. Expect a battle as stiff as the on-field competition.

The contenders: So far, one entry has been publicly submitted: a joint proposal by Belgium, Germany and the Netherlands. The neighborly venture is reportedly gaining support as Europe’s top bid, but the trio will face stiff competition. The U.S., England, Chile, Italy, Mexico and South Africa are also in the mix. Crowded field.

The opportunity: Record Euro crowds are turning into serious stakeholder gains — this year’s tourney is expected to score $67.9 million in economic activity for the nine English host cities.

Zooming out: The continuous record-smashing in women’s soccer makes it distinctly attractive. But it also begs the question: Are hosts betting on women to get in on the record-breaking (a trend that, at some point, should level out)? Or do they actually believe in the intrinsic value of the sport? Long-range goals are just as, if not more, important as tap-ins.