November 30, 2022
According to a report published last week, owner Merritt Paulson is in talks to sell the NWSL team, aiming to separate the Thorns from MLS’ Timbers FC in a grimy attempt to absolve himself of wrongdoing.
Sports BizSoccer 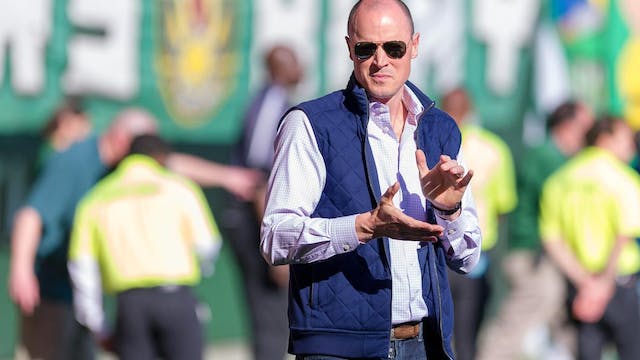 The GIST: Portland Thorns FC may be up for sale. According to a report published last week, owner Merritt Paulson is in talks to sell the NWSL team, aiming to separate the Thorns from MLS’ Timbers FC in a grimy attempt to absolve himself of wrongdoing.

The recap: An investigation found that Paulson covered up abuse by club staff towards players, including sexual and emotional misconduct by former Thorns head coach Paul Riley. Paulson resigned as the teams’ CEO soon after, and awaits possible punishment from the NWSL once its joint investigation with the Players Association wraps up.

The details: Paulson is courting a sale price between $30 and $50 million for the Thorns. In addition to keeping the Timbers, Paulson still intends to manage both teams’ media rights deals and their agreements with the city of Portland to play at Providence Park.

The context: As one of the NWSL’s few profitable teams, the Thorns would likely fetch more than the $35 million Michele Kang spent in February for a controlling stake in the Washington Spirit. They already have some suitors, too — a community-ownership bid led by former Nike exec Melanie Strong is in the mix.

Zooming out: Talk of a sale surrounds the Thorns with an air of uncertainty this NWSL offseason. The squad could lose its shared resources with the Timbers, an American soccer behemoth valued at $685 million, but the team’s on- and off-field wins also make them uniquely ready to succeed independently.