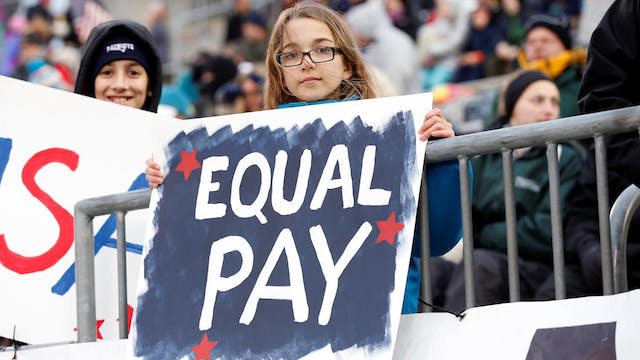 The GIST: Insurance company Group 1001 announced Tuesday that it’s becoming a majority stakeholder in Parity, a tech startup created to bridge the gender pay gap in sports. The deal capitalizes on the untapped potential and marketability of women’s sports.

The companies: Parity, a BIPOC-founded company, launched in 2020 with an influencer marketing platform, but recently expanded into NFTs — its collab with retired WNBA icon Cynthia Cooper just dropped Sunday.

The details: Parity said the Group 1001 investment will allow it to scale operations to land more brand partners and, in turn, support more female athletes. A Group 1001 exec will also join Parity’s board. The investment and valuation numbers were not disclosed.

Zooming out: The gender pay inequities in sports — and outside of them — are regularly exposed. But brands are acting much faster than sport governing bodies in leveling the playing field.